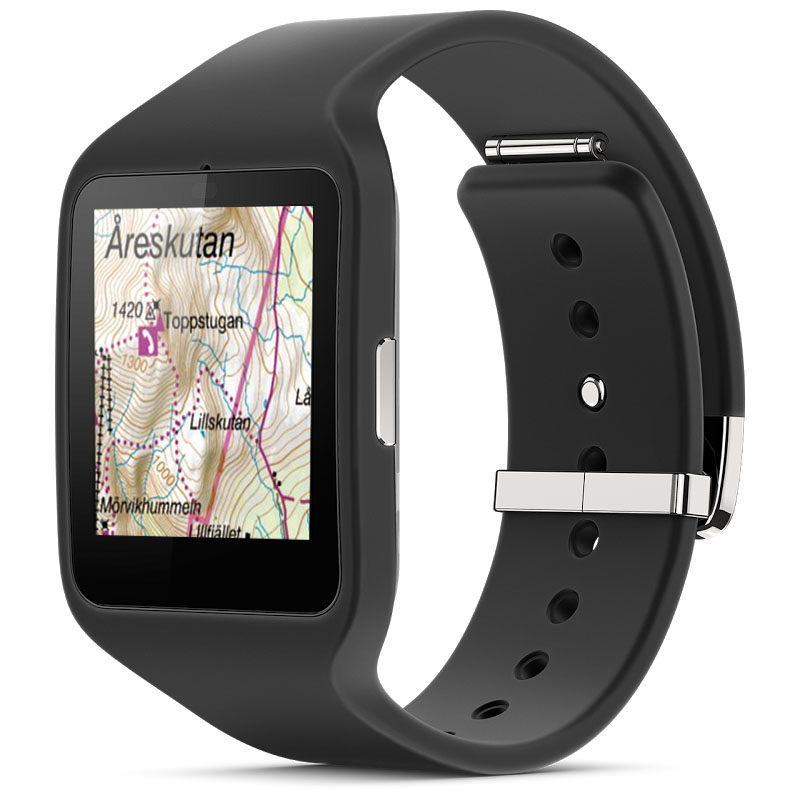 Topo maps have never been more portable! The Android app for topographic maps, MapApp Topo is now available as a test version for smart watches. -”The more recent smart watches works just fine without being connected to the phone and that’s what we take advantage of” says Kristian, one of the developers behind the app. -”When Sony released the first watch with built in GPS we realised the potential in adapting MapApp Topo for use with smart watches”. Peter, who both develop the app and use it when out mountain biking continues: -”Many outdoor entuhusiats want to carry as little extra weight as possible and think the smart phone is too heavy and bulky. A watch weighs close to nothing and is always available on your wrist for a quick glance.”

There are already training apps for smart watches that makes it possible to leave the phone at home when out exersicing. MapApp Topo has done the same thing but also taken it one step further by showing the position on the map directly on the watch. -”No other app is capable of that today” says Peter. Before you get outdoor you download the maps you need in the watch. Then, in the watch, you can show the position on the map, log routes and create points of interest. -”Creating an app for a watch is a lot different compared to an app for a phone or tablet” says Kristian. -”But I think we suceeded in creating a user interface that works really well for the small screen you have on the watch.”

MapApp Topo for Android Wear will be available on Google Play during Q2 this year.

MapApp Topo is an Android app for topographical maps. Focus is on performance and simplicity and it is the perfect choice for all outdoor enthusiasts. The features include the ability to create points of interests and log routes as well as exporting and importing. It is also possible to measure distance and search for places. MapApp Topo is available for Sweden, Denmark, Norway and Finland.

Just a quick note that we finally created a Facebook page for MapApp Topo. It’s available here. If we will keep it updated? We hope so! [title size=”3″]MapApp Topo is now available for outdoor enthusiasts in all Nordic countries![/title]

MapApp Topo is an Android app with high resolution topographic maps. It’s the perfect choice for anyone interested in hiking, mountainbiking, kayaking, and hunting, just to mention a few examples. MapApp Topo has features for showing current location and compass bearing but can also record points of interest and paths as well as exporting them. It also contains a very useful measurement tool.

Now, there is a full coverage of topographic maps for all of Scandinavia. WinguSoft AB, owned by the brothers Peter and Kristian Jaksch, has released a new version of MapApp Topo with maps for Denmark and Finland. Previously, Sweden and Norway has been included. – A big advantage is that the maps for Sweden and Norway are seamless across the country border, says Peter. This makes it a lot easier to plan cross-border hikes. Other existing solutions does not offer this possibility.

There has been a lot of improvements since the app was launched in the beginning of the year. – We have listened to our users and added much of the requested functionality, says Peter.

The map data comes from the national land survey of the respective countries. The standard scale of the maps is 1:50 000 (1:100 000 for some parts of the mountain range in Sweden). For Denmark, maps in scale 1:25 000 are offered, something that gives a significantly improved resolution. – We hope to be able to offer this scale as the new standard in the future since we now have the ability to create our own maps from raw data, says Kristian.

MapApp Topo can be downloaded for free on Google Play. For each country included in MapApp Topo there is a free overview map in scale 1:1000 000. Within the overview map, high resolution topographical map tiles can be purchased. The price for a 25 x 25 km map tile is ~2 EUR (depending on currency changes).

Future plans include continued expansion in Europe and the ability to create groups of users who can see each other’s positions, which can be useful for example when coordinating search and rescue activities. 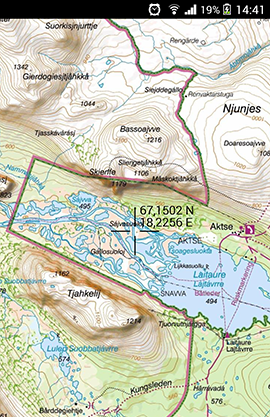 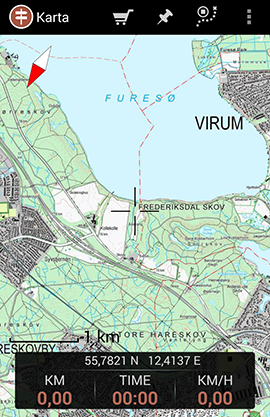 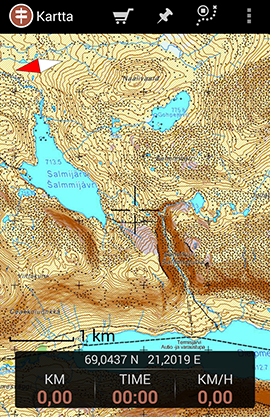